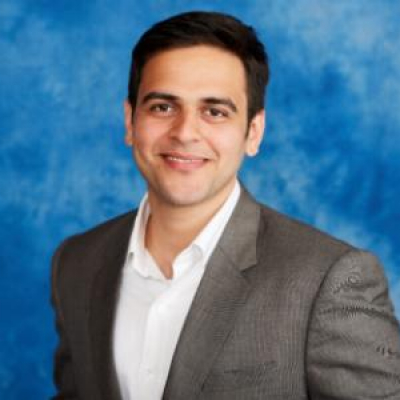 Australia is a country that has it all — be it mesmerizing beaches, wonderful rainforests, happening cities, lip-smacking food, peculiar wildlife or wonderful adventures. Australia has a lot to offer its tourists, which is why Rohan Hitch chose this enticing country as his holiday destination this summer.

From what he had read and researched, Rohan was very excited about the unique food adventure he was about toembark on, and Australia did not disappoint. Australia is known to be a diverse nation, and this diversity has had a great impact in its cuisine, hence, Rohan was looking forward to experience the blend of different cultures in the Australian cuisine awaiting him. From sumptuous barbeques to wonderful seafood, top-class desserts to gorgeous pies- he was constantly surprised with one outstanding dish after another on each of his ten-day trip spanningMelbourne, Sydney, Gold Coast, and Cairns.

In Sydney, Rohan tried everything from street food markets to fine dining at restaurants housedin the famous Sydney Opera House. He started with street food markets at Chinatown, Pandi’s Night Food Markets, Addison Road street market and Bondi Farmers Market and got to try lovely dishes ranging from authentic Australian ranch style to Asian, Mediterranean and European cuisines. He reveled in a wide range of burgers, stir-fries, locally brewed coffees, and freshly baked cakes and breads. Australia also boasts of several fine dining restaurants owned by renowned chefs hailing from all across the world. Some of these restaurants are also proud receivers of Michelin Stars, which is considered to be the highest honor in the food and restaurant industry. At the Sydney Opera House, Rohan decided to dine at Bennelong, a fine-dine restaurant that serves modern Australian cuisine, famously known as the miniature Opera House itself. The menu at Bennelong has been specially curated by Chef Peter Gilmore, one of Australia’s most prestigious chefs. At Bennelong, Rohan chose to try an Australian Cheese Platter and the Crisp Confit Duck with a side of Oak Leaf Lettuce. After the extravagant entrée and main course, he chose to indulge in a Cherry Lamington, which is one of Australia’s most famous desserts.

At Melbourne, Rohan’s first stop was “Welcome to Thornbury”, one of the most famous avenues with a bunch of food trucks serving fast food, gourmet desserts, wine, and beer. It is among the most happening places in town, with live music in the background and a range of live food stations built on food trucks and happy eaters gorging at scrumptious food. Rohan chose to indulge in the famous Philly Cheesesteaks served at Sparrow’s along with some decadent desserts at Jamm’d. The next day, dined at Cutler & Co, which is run by Melbourne’s most celebrated chef — Andrew Mc Connell. The dry-aged rib-eye steak was flavorsome and the champagne was exquisite.

Rohan was tempted by one option after another at Surfer’s Paradise, the most trendy place that is the heart of all action in the wonderful city of Gold Coast. From finger-licking ribs at “Hurricane’s Grill” to fast food at “Lord of the Fries”, Rohan could not get enough before moving on to Broadbeach, whose thoroughfares were studded with several eateries serving up delicious dishes. Before finally moving on to Cairns from Gold Coast, Rohan enjoyed one last meal at Frankie’s Brasserie and indulged in a hearty Australian menu cooked with locally sourced produce.

At Cairns, Rohan was intrigued by the throbbing nightlife with buzzing music, warm locals, and delectable food. At Dundee’s Waterfront Dining, Rohan ticked some of the items in his bucket list by trying peculiar food that he had never eaten in his life before — starting with a Seared Octopus, moving on to a Wild Barramundi, he finished with a kangaroo steak and some battered calamari with jumbo prawns. He thought he had tried enough for the day, but he couldn’t resist his temptation when he saw Jaffles being sold at an eatery while walking by Pho Street.

He truly experienced Australian gastronomical bliss. On his way back, he quipped and admitted that he would cherish and reminisce the Fish — n — Chips, Pavlovas, Lamingtons, and Sausages even more than the sun-kissed beaches and picturesque landscapes. He ensured he brought back a bottle of Vegemite, and a bunch of TimTams and Anzac Biscuit packs so that he could continue his Australian food celebration for some more days to come!